There are a gazillion articles available on the internet titled as plastic surgeries gone wrong but there is very little information about the surgeries which actually worked wonders for the Celebrity Cosmetic Surgery Transformations. Most of the time, celebrities are also reluctant to admit that they have got some work done to look spectacular. There are only a few which proudly speak about their cosmetic alterations and we love them for it. Here are a few of our favorite celebrity transformations:

A former fashion model Diane Kruger and currently a very popular German actress had gotten breast implants. Its quiet evident when we compare her old photos to the new one. We love the size she choose for her boobs. It doesn’t look fake and goes in harmony with the rest of her body.

She was a beautiful women even before the surgery and her plastic surgery has only added to her gorgeousness. We suspect that she had gotten a nose job, tooth veneers, along gum-reduction.

We are not sure whether she underwent full blown rhinoplasty or has taken the help of filler but with her new nose, Scarlett looks better than ever

Michael Douglas is currently 66 years old. Yes, it’s hard to believe. Thanks to the miracles of face lift which have added the right amount of charisma to his looks.

The nose job of Ashlee Simpson gained a lot of popularity. The difference was evident as she swapped her large Roman nose with a much smaller and thinner one in the year 2006. She denies it but guys, common. We can all see what difference it had made to her looks.

Jennifer Aniston does not deny that she has had not one, but two nose jobs to “correct a deviated septum,” Apart from this, there are claims that she has utilized face lifts, Botox, and some other Dermal fillers. Some people think that she has a plastic surgery addiction. Whatever it is, she looks gorgeous.

The spice girl queen enhanced her breasts along with gaining a few extra pounds. The combination makes her look better than ever and suits her smaller frame as well.

He has enhanced his smile and we love it even more now. There are speculations that he had taken the help of fillers to eliminate the wrinkles around his eyes and maintain a wrinkle free forehead. Plastic surgery or no surgery, we love him regardless.

The nose job did wonders for Gaga’s face. Kudos to the surgeon who did it. She looks like herself but enhanced. 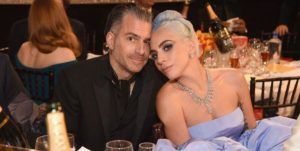 She had certainly spent a lot of money on her cosmetic surgeries. She seems to have perkier breasts, a flattened stomach, a wrinkle free face and a whole new look.

Although Kim claims that she had all natural jazz on her bottom. We don’t believe it ever and she I’ll never admit is ever. Fair enough. But many people suggest that she had undergone butt enhancement surgeries for that bog, Breast Augmentation Surgery perky bottom of hers. Well, it was certainly worth it considering the amount of fame she received because of it. 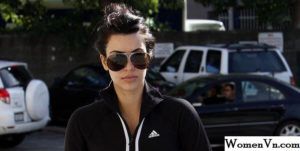 We’ll Call You Back in 15 Minutes